VoIP (Voice over IP) or internet telephony is simply a technique for making telephone calls over a data network such as a local area network (LAN) or the largest network of them all, the Internet. The reason this technique is popular, is it enables you to make calls, both local and International, free or at very little cost. This is possible because you are placing the telephone call, in the case of a local area or International call over the public Internet, or in the case of an internal call over your own private LAN, either way you are not traversing the Telco’s network and therefore avoiding their charges.

So is VoIP About Avoiding Telco Charges? Is that Its Benefit?

It may well be. However, in its most common or at least most popular form, VoIP is usually visualized as being, a ‘computer 2 computer’ interaction. Simply put, two people with microphones and speakers attached to their PC’s (Laptops, Mobiles or Tablets) and of course, an Internet connection. They can then hold a conversation regardless of Telco charges or the geographical location. What is more they can hold this conversation for as long as they wish, and at any time of day, and what is more they hold this communication free of any charge.

This is a wonderful solution for the personal home user, wishing friendly chatter or gossip, however, businesses require much more functionality than that simple scenario. SMB’s (Small Medium Business) cannot communicate with customers in such a manner. They require all the functionality be built into their existing PBX (Private Branch Exchange).  At the very least, they require a system that provides:

Of course, none of the above features is available on the basic VoIP model we discussed. Fortunately, for the SMBs’ professional use, an IP-PBX can supply all the functionality that is supplied by the traditional PSTN PBX, and a lot more, and at a far more affordable price.

So What is an IP-PBX?

An IP-PBX is an IP (Internet Protocol) based phone system that consists of one or more IP phones, connected to an IP-PBX server and if required a VoIP gateway to connect to the existing PSTN Telco lines – after all you still need to receive and send calls from non-VoIP customers.

Where the PBX and the IP-PBX differ, however, is in how they handle specific traffic and protocols. The IP-PBX server handles the IP call switching and routing between internal and external calls, by maintaining a registry of all authorized phones whether they be soft-phones – applications loaded on a PC, laptop or tablet – or real physical phones that exist on the network. It does this by registering every phone against an IP address in a database. When a user initiates a call from an internal phone, the IP-PBX, initially authenticates and authorizes the phone, to ensure the phone is registered and therefore permitted on the network. Where it differs from a traditional fixed line PBX, is that it then routes the call, not to the phone number entered but to the destination IP address. The IP Address corresponds to the destinations registered phone number stored in the registration database. The IP-PBX does this by matching the destination phone number to its destination IP address against a database record, and then consults a route plan to determine the best path to the destination. Once the best path has been determined it then routes the call via either the local LAN, the PSTN (via the VoIP gateway), or out to the Internet, possibly through an IP Telephony Service Provider (ITSP).

The change in technology is that the IP-PBX, actually replaces the traditional PBX in the network, and more importantly,  it combines both the data (IP) and voice (PSTN) services into one unified network making management, maintenance and support more efficient and less expensive. However, the IP-PBX can do an awful lot more for the SMB than simply replace the traditional PBX’s functionality.

How VoIP works is a mystery to most business people, but if you can take the time to try to understand how it works, you will see a world of possibilities.

VoIP takes voice signals, from a microphone, which is analogue, sine waves, and converts them into digital by passing them through an analogue to digital convertor; the output is a stream of ones and zeros. In their digital format, they are sent over the internet just like any other data. At the other end, they go through a Digital to Analogue convertor to transform them back to the original voice sine wave signal that we can hear.

The VoIP technology was initially a computer – computer technique, best suited for person – person communications, if the recipients IP address was known, a VoIP session could be established. However, business soon realized the potential and VoIP service providers began offering global directory services (Skype etc). By utilizing a VoIP service provider there was the possibility to contact and communicate to others outside the users known peer group, also to communicate to not just computers but to mobiles and landlines – albeit at an additional cost.

Why VoIP for the Business

Implementing VoIP enables a small to medium business to combine all its communication channels and facilities; voice, video and data into one cost effective, manageable and efficient solution that enables the business to operate and utilise those facilities to their maximum potential. The unification of diverse communication channels is advantageous to the business because it combines both the voice and data networks, which makes maintenance and support more efficient and cost effective, whilst maximizing profits, lowering operational overheads and reducing major fixed line, national and international telephone costs. 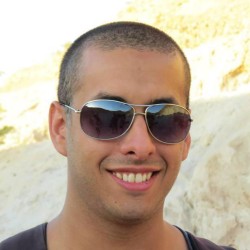 Latest posts by Admin (see all)